Grodno State University named after Yanka Kupala (GrSU) was founded in the city of Grodno in 1940. Now GrSU is the third best university in Belarus according to the Webometrics ranking. GrSU offers its students various specialties. Education fees at GrSU are lower than at the universities of Minsk.

The university participates in student exchange programs such as Erasmus, DAAD (German Academic Exchange Service), IAESTE (The International Association for the Exchange of Students for Technical Experience), MOST.

In 2016, GrSU became the founding partner of the first innovative media set in Belarus. This media set aims to develop in the Grodno region competitive information space by creating effective communication mechanisms between public administration, educational and scientific institutions.

There are 17 departments within the university structure 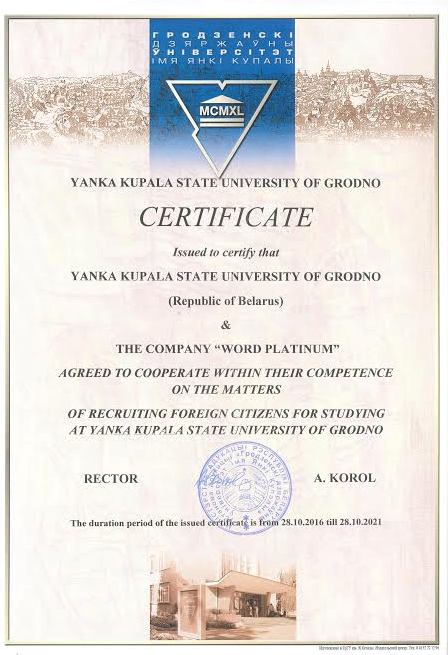 Below there is a table that contains information about departments of GrSU and tuition fees.